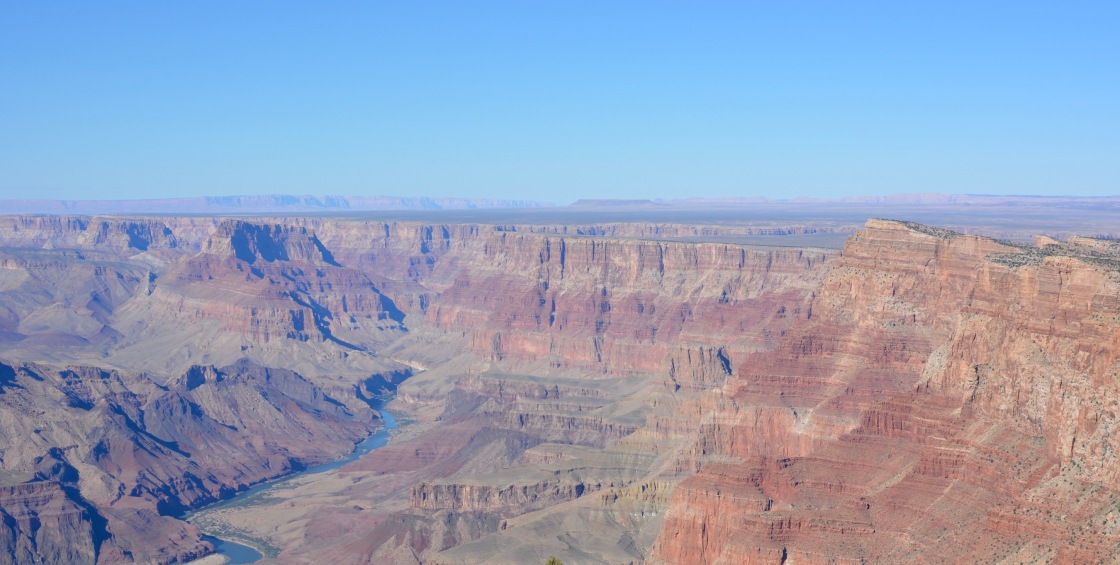 The Five Constantly Dissatisfied People You Meet on TripAdvisor

One of my favorite things to do after a long day traveling is look up bad reviews of popular attractions in the area, just to see what people can gripe about in National Parks or world-renowned museums.  After a few minutes you’ll find that no matter the place you’re reading about that a pattern will arise and a certain “type” of person will spring up everywhere.  In my experience the biggest offenders are those who:

Compare the site they’re currently at to another they’ve been to years before in another city or country.

Rick from Chicago’s visit to the Chihuly Garden and Glass museum (the number 1 reviewed attraction in Seattle) was titled “You can see this for free at the Bellagio, in Vegas” declaring:

“I was horrified that they were charging $22.00.  I had just seen an equivalent exhibit in Vegas for free”  — 1 star

Well that’s great Rick, I’m glad you got to wander through the Bellagio.  But you see, the thing is, you’re not in Vegas.  You’re in Seattle.  So if the options are to take a 25 hour drive from Seattle to Las Vegas to see Chihuly there, or to pay the $22.00 for the museum in front of your face, you should probably to do that.  Because merely having a price on it does not earn it a single star.  Also, you were horrified?  Horrified about the price?  Let me get out the smelling salts to help you come to — ‘cause it sounds like you’re walking in circles downtown given the state you’re in.

Yes — if you go to Yosemite in the summer you will not be alone on the trail.  Yes — if you go to Arashiyama during the cherry blossom festival it will be difficult to get a picture without other people in it.  And yes — if you go to the Louvre on a weekend you will have to wait to get a good view of the Mona Lisa.  You’re a tourist here yourself, please do not get in a huff that others are doing the same things as you and consider yourself an outlier to the situation. You’re not.  Moving on.

Believe they are the true protagonist in this world, and do not understand that others each have their own life and are not merely the “backdrop” in theirs.

Anonymous reviewing New York’s Metropolitan Museum of Art got in a tizzy due to a couple of crying kids stating:

“Grandparents were visiting the exhibit with a set of twins 3-4 years old, screaming throwing themselves on the floor, throwing a temper tantrum. Kids do that, but should they do it in the museum? I went up to one of the guards to find out what was the policy for a case like this one. Selfish parents / grandparents unwilling or incapable to see their kids do not know how to behave and it was time to go and not inconvenience other visitors.”

When the guard replied that it wasn’t his business to remove visitors under these circumstances our brave reviewer then demanded a manager, who reiterated that they couldn’t ask museum visitors to leave simply because their children were crying.  Irate at this point, anonymous threatened to file a formal complaint against the museum, to which the manager stated she may do as she likes, and walked away.  1 Star for the Met and it’s unspeakable policies of not moving other museum visitors around like chess pieces at our reviewers will.  Gawd, what a terrible place.

Become angered that a place is exactly what it claims to be.

Seattle’s Fremont neighborhood has a troll statue located under one of it’s bridges.  It’s called the “Fremont Troll” and was featured in the flick The 10 Things I Hate About You, but Cindy from Michigan reports back from the troll saying:

Now, this troll never proclaimed to light up or become animated at night, traipsing through local bars; he only ever claimed to be a statue.  This doesn’t stop countless reviews popping up from people who are “unimpressed” with inanimate objects or start a review with “it’s just a ___“ over something like a lake or a neighborhood park.  Yes, the lake you’re at is just a lake. If what you really wanted was a milkshake then get a milkshake, but don’t take it out on the lake in front of you.

Say a place sucks because of the weather.

Laura from Chicago’s review of the Grand Canyon is titled: “Ok, it received a poor rating for the weather” which really says it all.  So because it was snowing one day the Grand Canyon is a 2 star park.  Seems reasonable.  Seriously though — the amount of people that vacation in mid-august and complain it’s “too hot” for hiking baffle me.  I’ve also seen someone post about traveling to Iceland in the winter, moaning about how it was too cold to do anything and rate all of Iceland, yes, the entire country 5/10 stars.  I’m sure Iceland would rate you a 5/10 person for saying that, so at least the feeling is mutual.

Not all 1 star reviews are unwarranted of course; some people will get ripped off by a local tour agency or can have a legitimately souring experience due to treatment from staff members, lack of facilities, or poor signage.  And that does genuinely suck.  No one likes spending countless hours traveling to a place only to feel disappointed and disheartened.

This is not about those people.

This is about those who live life in a constant state of feeling underwhelmed or over-entitled, who project their constant mood of “eh” or “boo” onto wherever they are.  Because I’m pretty sure that when they get home from their travels they’ll find all restaurants in their area are always overcooking steaks or pouring watered down drinks.  These are the people that are no fun to run into anywhere, be it on a trail in Yellowstone or in line for coffee across the street.  To them I say just stay at home and watch a movie on Netflix.  Then when the film ends you can fume on your couch declaring “1 star because I don’t like Westerns”.

Snoozin’ & loomin’
Married to a marathoner and I couldn’t be more proud 🏃❤️🏃
It’s been three months since she came into our home, but had to share just how much I love our girl, Salty 🧡🐶😍
☁️☁️☁️
Been missing going to my local @rowhousecinema terribly, so I decided to illustrate it. Can’t wait for the after times and its reopening! #pittsburgh #rowhousecinema
Ciao 2020 - to a more hopeful 2021 🤞
One proud 🥖 papa. We finally got past the bread boss of 2020 by making an Italian loaf #yeastbaby
2020 loophole! We put up a tiny greenhouse in the yard - Ideal for eating, drinking and getting “out of the house” in the months ahead
🟩🟨🟧
Social distancing, distantly
One year of marriage complete - From a company acquisition by Squarespace to quarantine, it’s been a big one. Then and now - Our Joshua Tree elopement, followed by our backyard pizza celebration (still can’t selfie)
Keeping busy in quarantine by working on street style illustrations from recent travels. First up is Cape Town, followed by Taipei (where COVID masks make an appearance!) #wanderlust #illustration
Made it home! Surreal to be back under these circumstances, but if I have to isolate I’m glad it’s here, and it’ll be nice to have this lil LEGO version of our home around when I can’t look at the house from the outside.
Travel Update: Welp, overnight Morocco stopped all international flights in/out of the country, so as of right now we’ll be holed up in Marrakech until an unknown time. Each day has brought changes and there’s not much we can do except wait for an update from the U.S. consulate of Morocco who is releasing information via tweet, because that’s how things work now. Businesses and schools are closed across the country, but rest assured we have a place to stay and toilet paper. The most appropriate photo for all of this feels very “a cat and a blue wall” #travelinthetimeofcorona
Travel Update: Our initial honeymoon itinerary had us spending a month in Europe. Four days ago we planned to reroute and head to the U.K. before coming home a few weeks early. A lot can happen in four days though. After the travel restrictions and advisories kicked in the earliest direct flights to the US from Morocco skyrocketed to $5,000 a pop and the number of departing flights has been slashed. For now, we’ll be in Morocco for the coming week hoping that the flight we have to D.C. will fly. Until then, I’ll continue to wash my hands religiously and will do my darnedst to enjoy the things I see along the way #travelinthetimeofcorona