Let’s get something straight before we dive into this — my “ranking” of parks stems from my being somewhere at a specific time and under specific circumstances.  This does not mean you will not enjoy or find infinite value in the “last place” park. This should go without saying, but I once saw a popular blog rate Iceland, the country, a 3/10 because it was cold. In January. In Iceland…

On the subject of rank, Utah is one of my favorite states in the country — there’s something about red rocks that I respond to. Carl promised me I’d be sick of red rocks in our month long road trip across the country. I wasn’t. I can tire of forests and mountains and alpine lakes, beautiful as they are, but I never seem to get sick of that glowing red landscape, otherworldly and extra terrestrial and stretching across the great American Southwest. Each of Utah’s parks are an adobe wonderland. And while I don’t want to pick favorites, the heart inevitably does.

Utah’s license plate is the Delicate Arch of the aptly named Arches National Park, so placing this park fifth seems like a travesty.  The icon status always comes at a cost though, and even on mile-long trails you’ll pass hundreds of people.

Once you finally arrive at your arch destination you will find neither peace nor solitude, rather a line of tourists awaiting their turn to be photographed in front of the arch.  Queuing in a National Park just seems wrong to me. You should line up for public transit or at a deli counter, but one does not queue for a natural feature.

Arches is more of a “driving park” — The 36 mile arches loop takes you past the park’s most famous arches where you’ll get out of your car, use your cameras zoom to grab a snapshot, then drive off in the air conditioned haven of your vehicle. 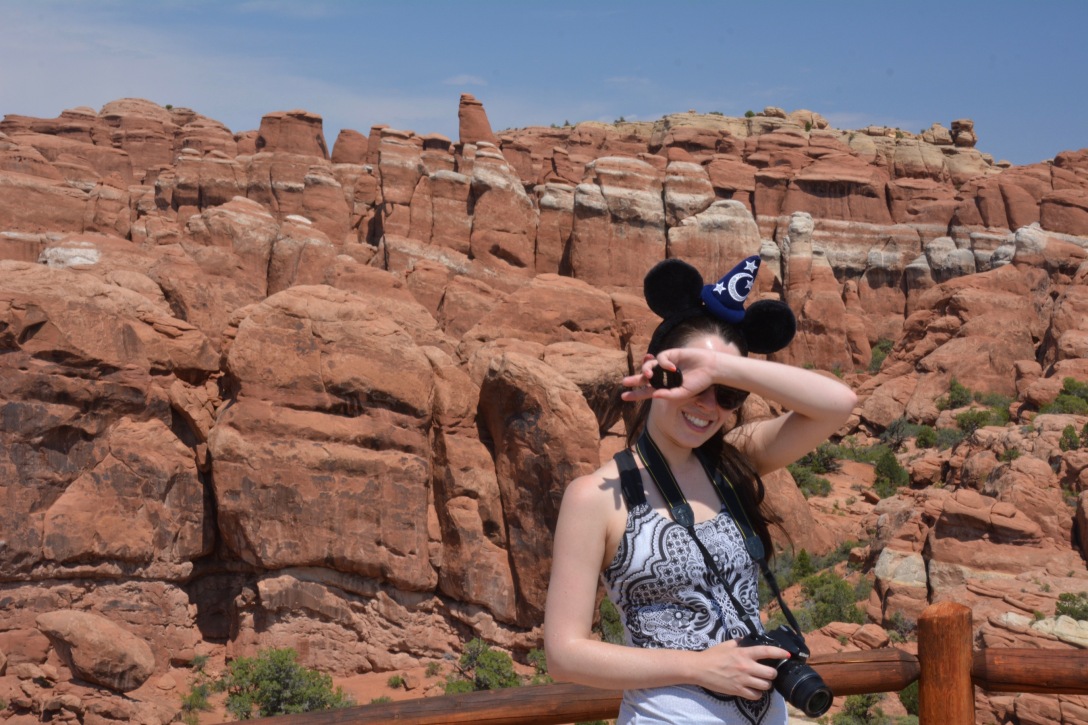 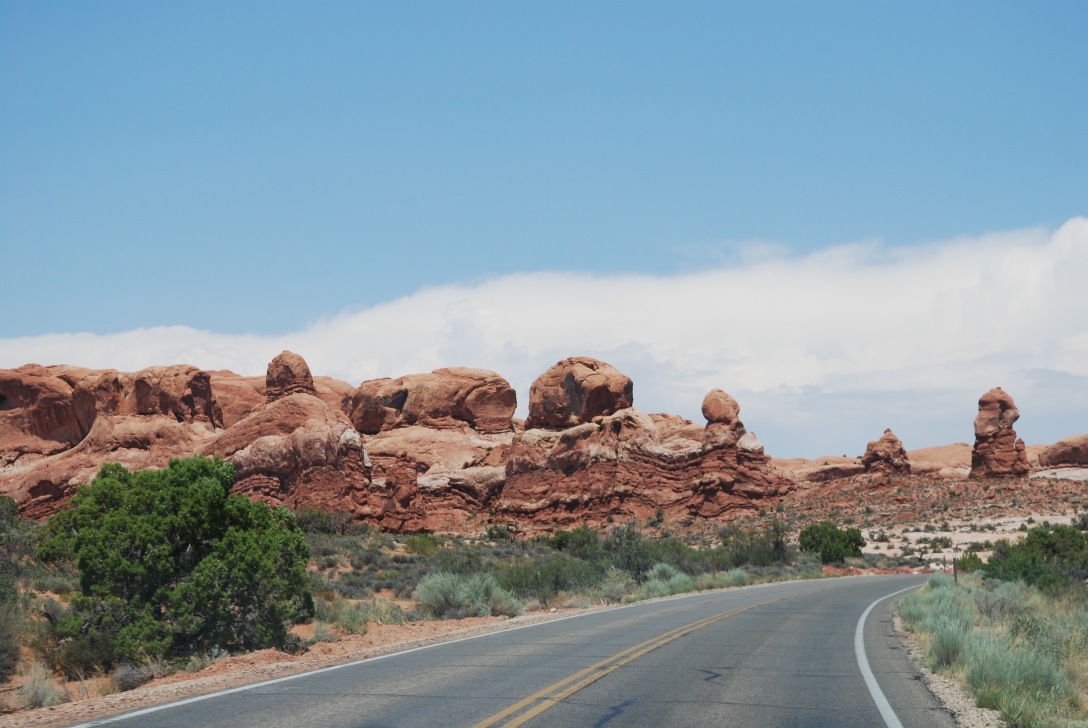 Ok, so these are the cons of Arches, or rather the main con is, it’s crowded.  But of course it’s crowded.  It’s gorgeous.  An insanely unique natural feature, Arches has over 2,000 of their namesake throughout the park, the largest concentration of arches in the world. Don’t let the #5 slot fool you; Arches ranks high on the beauty-scale, it just happens that Utah is really, really, really ridiculously beautiful.

Do yourself a favor and drive into Canyonlands just as the sun is setting.  Coming into the park from the Northwest we’re just in time to view the sun tucking in behind massive rock formations, illuminating them in aubergine and fushia.

Hitting the trails early in the morning before the temperatures surpassed 90 we were able to catch some of the famed “potholes” in the rocks, pools of water dotting the landscape like mirages. Shit goes down in those potholes, and 5 minutes of puddle voyeurism will let you in on the mating and massacring of an assortment of various creepy tadpole-looking critters.  Fascinating and horrifying. 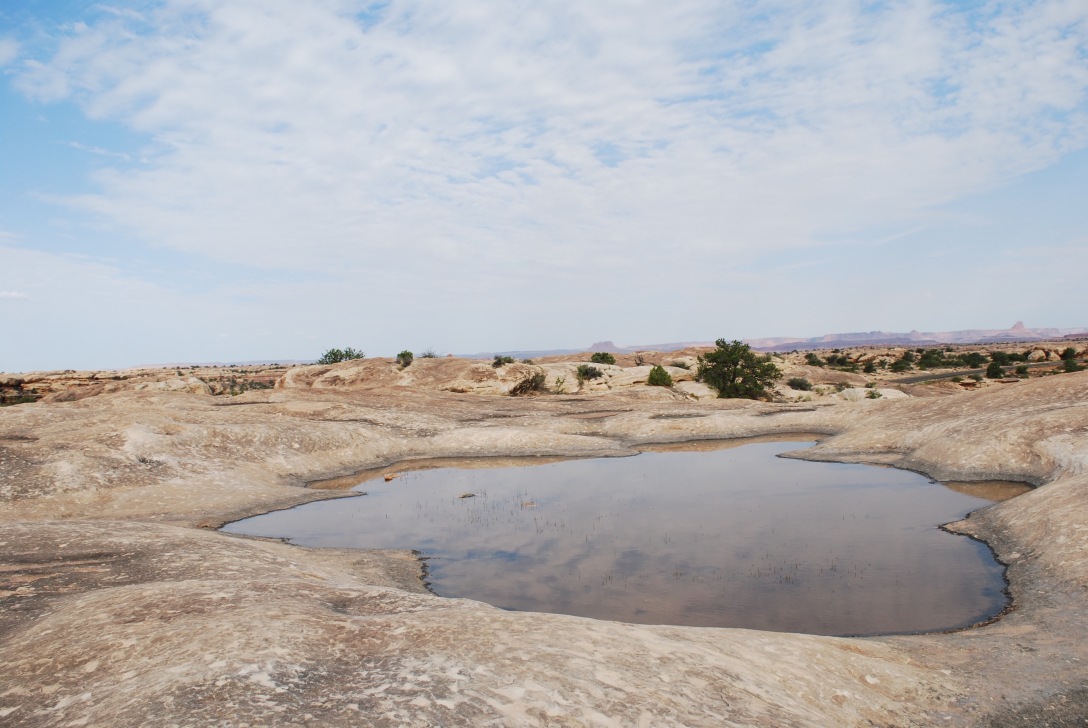 The big show of the park are the welp, canyons.  Canyonlands is a miniature Grand Canyon. You’re walking along then bam — The earth opens up below you in waves of rocks just folding downward and downward. A great chasm feet in front of you. While this may be the eponymous feature of the park, my personal favorite of Canyonlands are the rock oddities surrounding you. In my brief time here I found a rock shaped like a clog, a landscape of what looks like drippy castles, and stacks of rocks resembling hamburgers.

Even still, the park is the least frequented of all the state’s National Parks, so you’ll be able to bump around potholes without anyone getting in your way, or your shot. 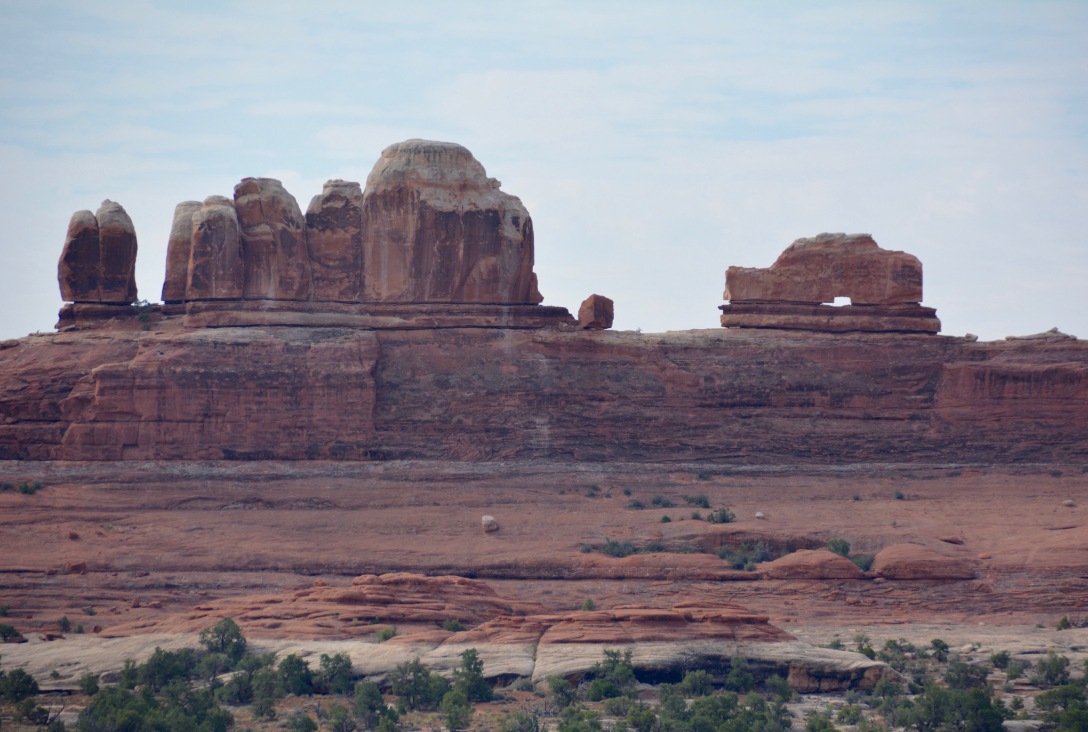 We camped out in Bryce for 2 nights, and while this may not seem like a ton of time, passing through 15 states within 30 days we were lucky to spend 12 hours somewhere. It didn’t help that each night in Bryce it stormed. Though it was August, temperatures dipped into the 40s at night and flash flood warnings were in effect during most of the day warning visitors not to venture deep into the canyons. 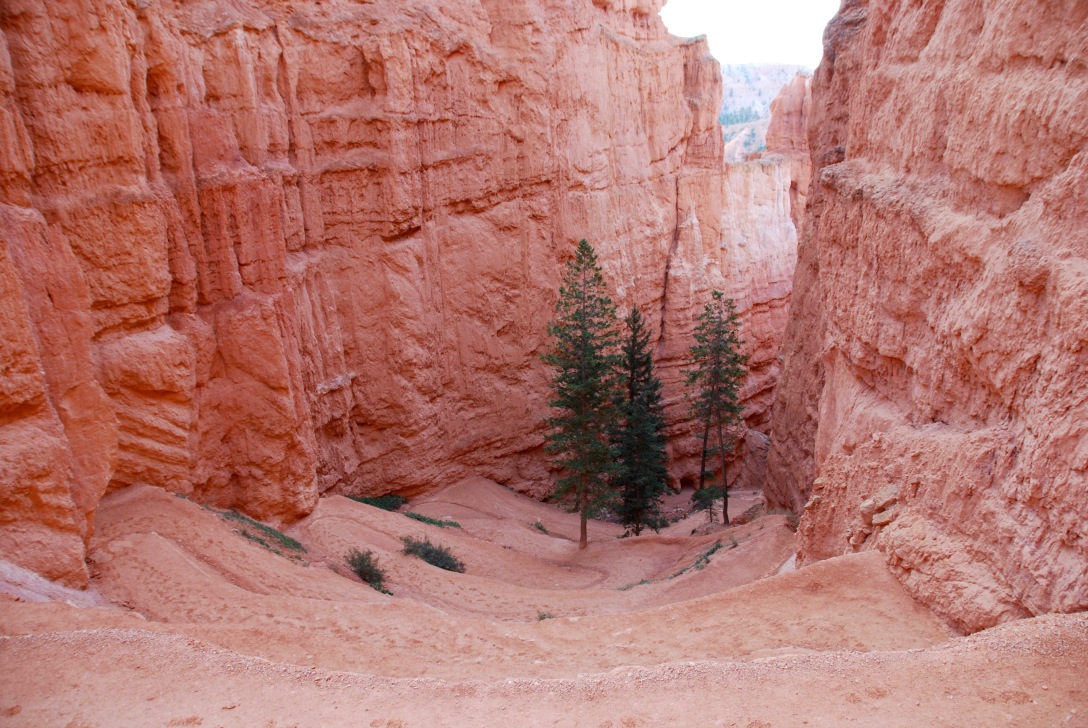 During a particularly harsh thunderstorm I painted my nails in the car. Minutes after lighting a fire for smores we were rained out and went immediately to bed sans gooey treat. The conditions weren’t great, but they couldn’t distract from just how dang lovely it is here. 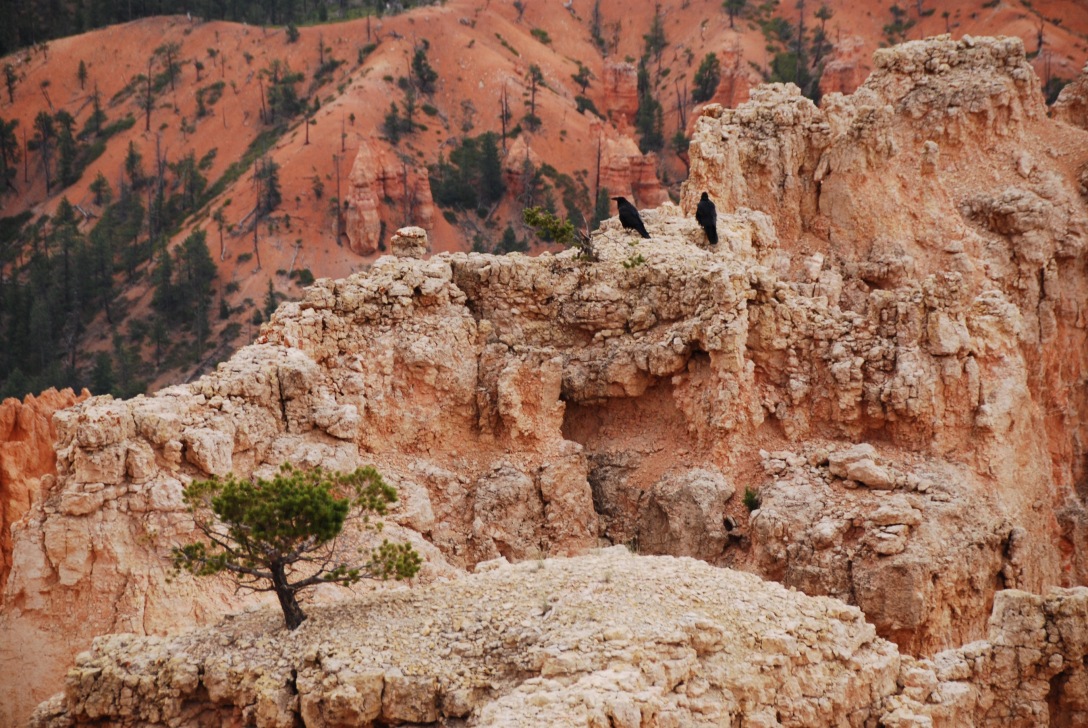 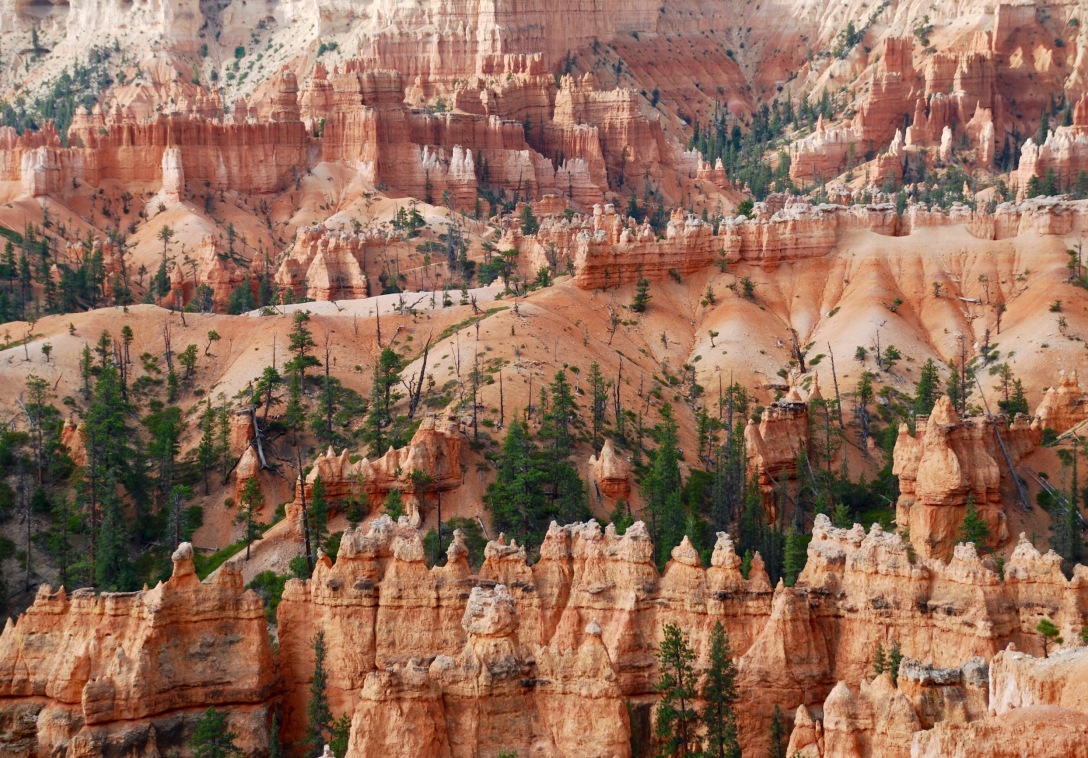 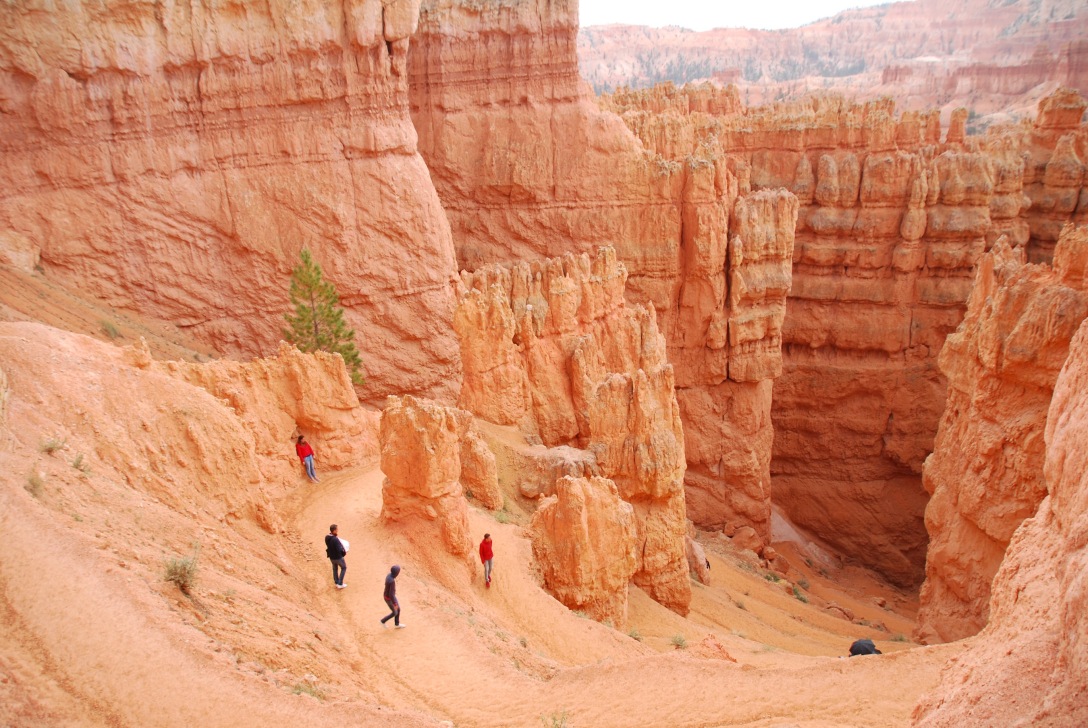 When we weren’t being rained off the trails we were twisting down to the canyon beds, being dwarfed by rock walls all along the way. Hoodoos, the tall and spindly rock formations of Bryce feel too delicate to last, yet they’ve stood for millenia. Each year the rocks are worn away slightly more, revealing Thor’s Hammer, a rock resembling the God’s beloved weapon, which is perched on top of a spire that looks like it couldn’t possibly support the weight.

Windows are naturally chiseled into the limestone that catch the sun for a perfect few moments each morning, and the amphitheatre, where you can catch thousands of hoodoos branching off one another is overwhelming to behold — especially right after a morning storm breaks, cracking the sky in two with light.

Oh Capitol Reef, you trickster — I didn’t have many expectations heading into this park, therefore it exceeded expectation and then proceeded to blow me away. Like all other Utah parks there are red rocks, but there’s also pick-your-own apple orchards, roving rafters of turkeys (yes, the correct term here is “rafters”), fresh baked pies served from a cabin next to the campground and arches that are crowd-free to behold.

Deer grazed next to the picnic table at our campground while we feasted on a dinner of mac n cheese with hotdogs and Heinz chili sauce (the most satisfying of campground meals) and in the morning we took a freshly baked apple pie with us on our hike. In life, there’s not much that compares to stopping your morning for pie breaks, finishing the last crumb in front of a splendid arch glowing in the morning sun. 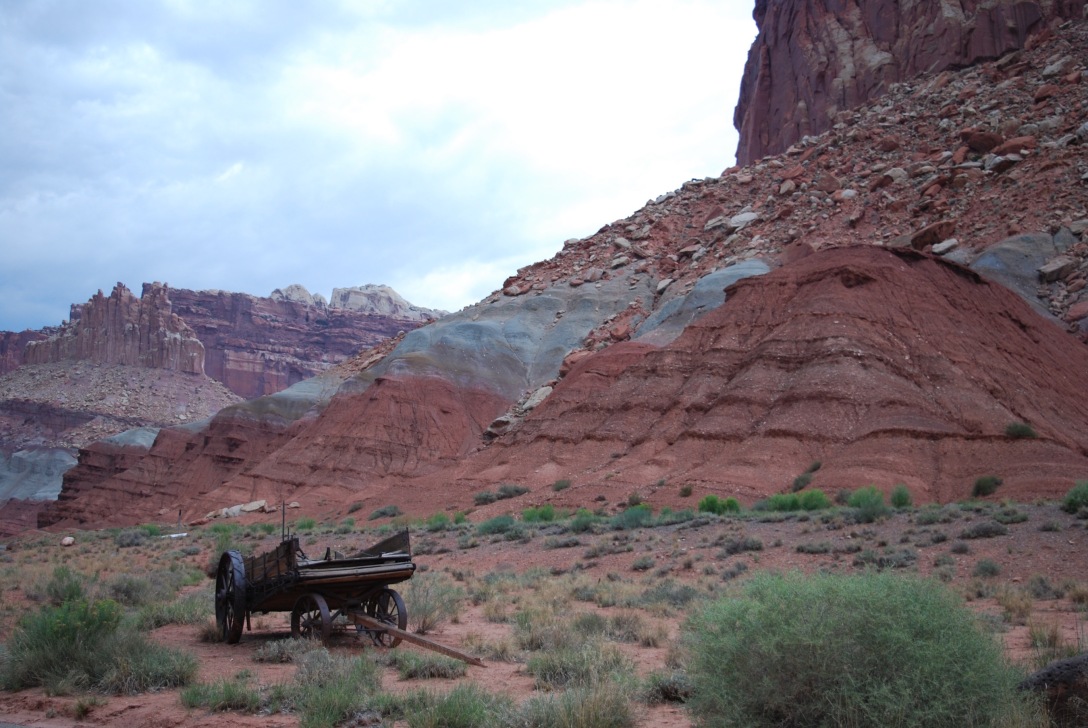 I contend that this would be one of the best parks to bring children to — There’s wildlife abounding, petroglyphs carved into rock walls, centuries old wood cabins dotted within the park, orchards for fruit picking and you can top it all off with a ranger talk at dusk in the designated “Dark Sky” park, of which there are less than 70 in the world.

I’ll consider the pie itself to the be cherry on top. 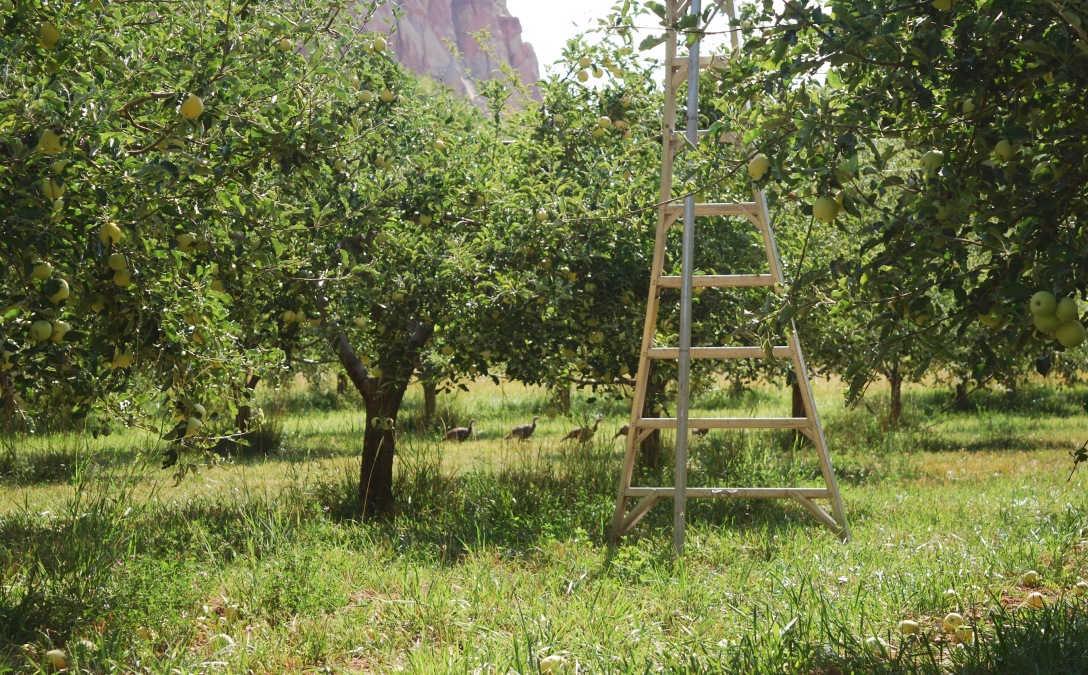 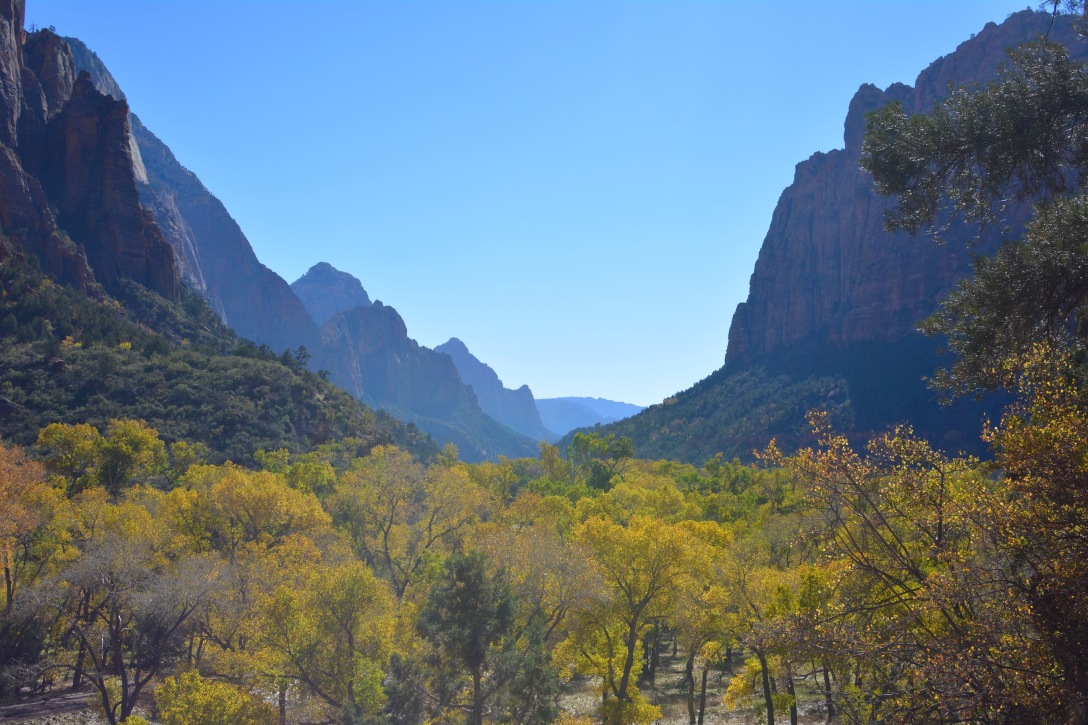 The word “Zion” is mostly used in a religious sense — the hill of Jerusalem or the kingdom of heaven. Few places are worthy of the name, to which this park is an exception.

I’ll admit this was the first Utah park I visited, and that alone is likely enough to bias me in its favor.  It’s like offering up The Fellowship of the Ring as your favorite Lord of the Rings movie. I mean, of course it’s your favorite.  You’re seeing the Shire and the Nazgûl and Gandalf for the first time; you’re going to be excited.  Even so, I cannot deprive this park of its number one slot.

Driving into Zion in early November, the trees along the floor bed blaze yellow, while the pines nestled into the rocks remain evergreen. Get off the ground and you can catch a glimpse through the canyon to see the rocks ombre in the afternoon light.

Carl braved the 1,500 foot drop-off cliff hike that is Angels Landing — I noped out when the bus to the trail announced repeatedly over a loudspeaker the number of deaths that have occurred on the trail over the last 15 years, warning those with a fear of heights to stay very away. While the canyon views from the summit are breathtaking I in no way feel as if I missed out though. Carl dealt with six year olds running around him on steep cliffs while I walked the Emerald Pools Trail. I went slow as I could, not a care in the world, taking in the rocks painted with black and white — it may be water residue, but I marveled at what a paintbrush the world has.

In the morning it was a bit awkward when, at 7am, I was dabbing glitter eyeshadow onto my lids in the camp bathroom next to a woman brushing her teeth (Carl and I were getting in the car for Vegas after all), but I can’t blame that on Zion.  I just add that moment to the myriad of memories that swell up my mind when I think of Utah, and all that awaits there still.

Darth Brooks and Garth Vader completed. Which do you identify with more? #starwarsgoescountry #idontdofaces
Just a jelly on his stoop, handing out treats to the little jellies #happyhalloween
Dotfinity
In his natural crabitat #barkingcrab
Felt like fall during today’s edition of #girlsnwaterfalls
These puppies arrived at the house today from an anonymous source. I think my work fam is behind these piñatas, but I may have to bash myself open to find out #bestweddinggift
Elopement photos came in and oh-my-gosh-so-pretty-squee-sounds #desertelopement
Was weirder than it looks
A whole lotta white #wanderlust
Went into the desert and did the thing where we tied the knot #desertelopement
Where’s the Carl?
Ex-Philadelphia resident finally says hi to the 🔔 #oursecondselfie
This is how I weekend: 1) Finishing up “Figgy Stardust” 2) Freshly baked Kardemummabullar 3) Gaiman and Odin
%d bloggers like this: